Standard Bank, Africa's largest banking group, its present in several countries on the continent. Although it has been in the Angolan market for several years, the bank felt the need to affirm its connection to the country and local culture.

We then created a documentary that shows deep Angola and its ancestral community leaders: the Sobas. They lead the life of the community, using their experience and knowledge past over generations. An immersion in the heart of a country where old traditions are combined with the future. This campaign, with the concept "Listen to the voice of experience," associated the values of these central figures in Angolan society with the main values of Standard Bank: a bank over 150 years old, a leader on the African continent.

More than 4000 kms were travelled over 5 days of casting and 8 days of shooting in three Angolan provinces (Kwanza Sul, Malange and Luanda). The final result was a documentary and a multimedia campaign.

After this campaign, Standard Bank became perceived as a local brand with a strong character. Although almost all African countries have adopted Standard Bank's international communication, in Angola it continues to be worked locally, a demonstration of the unique differentiation that BORN achieved for this client.

+ of 280 Mentions in News in various media 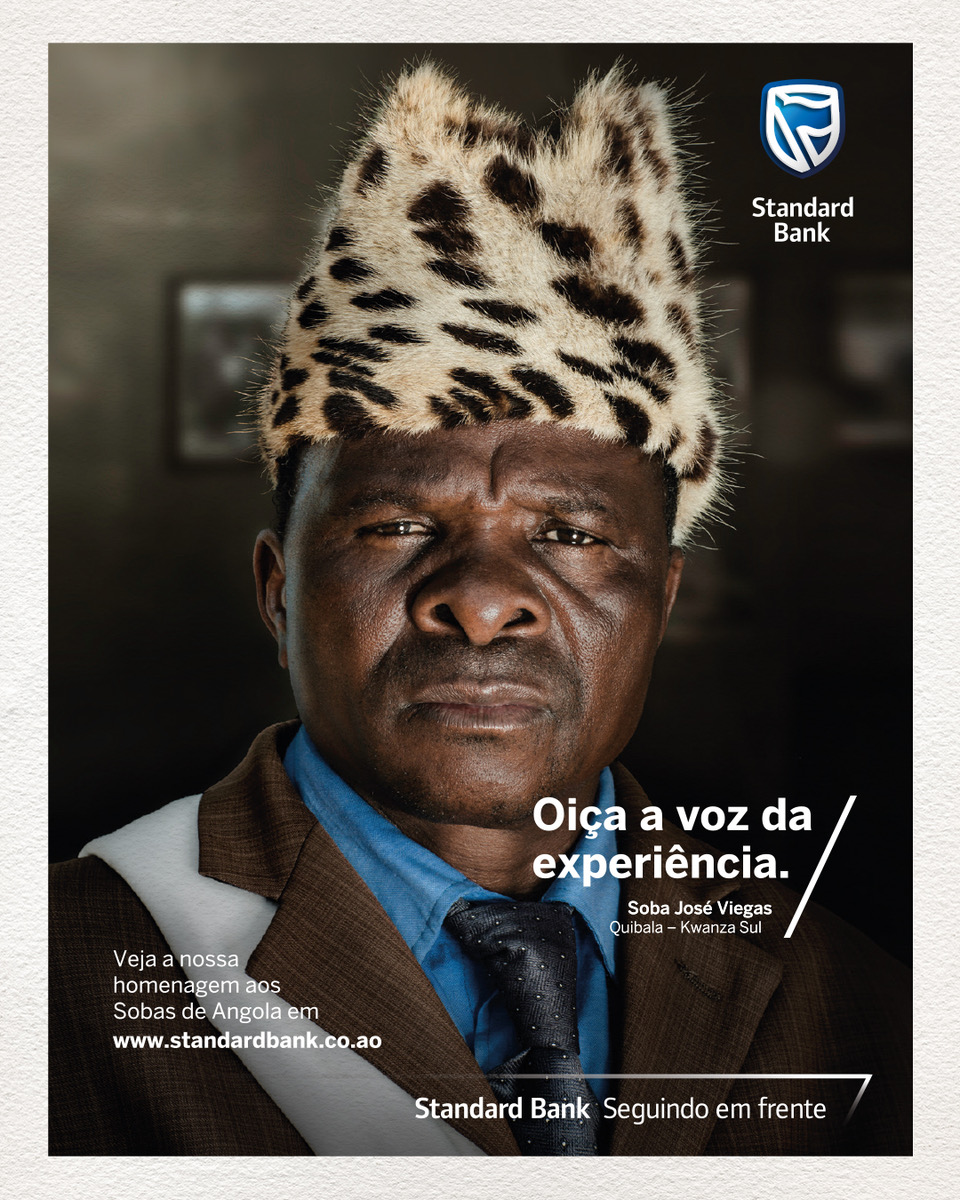 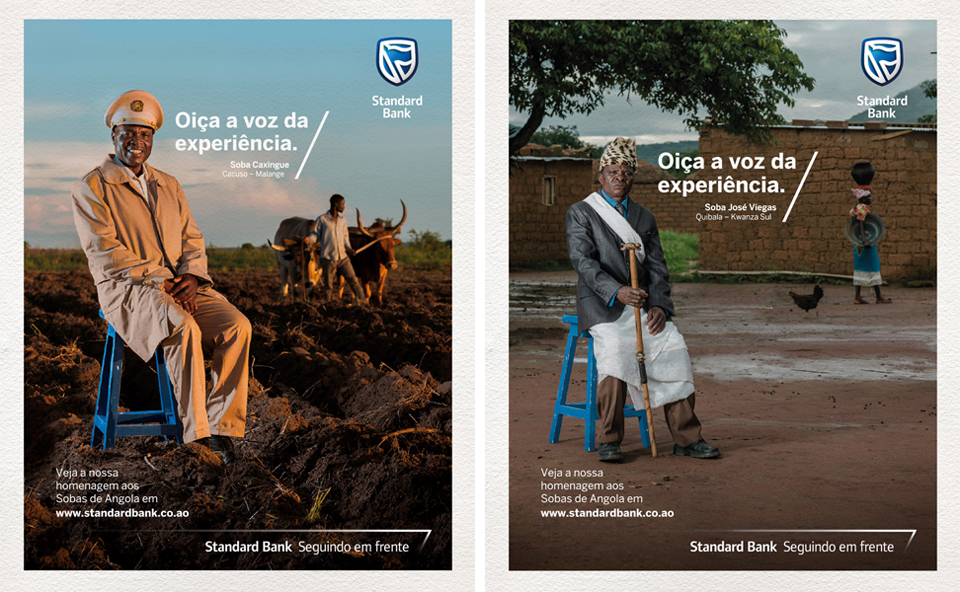 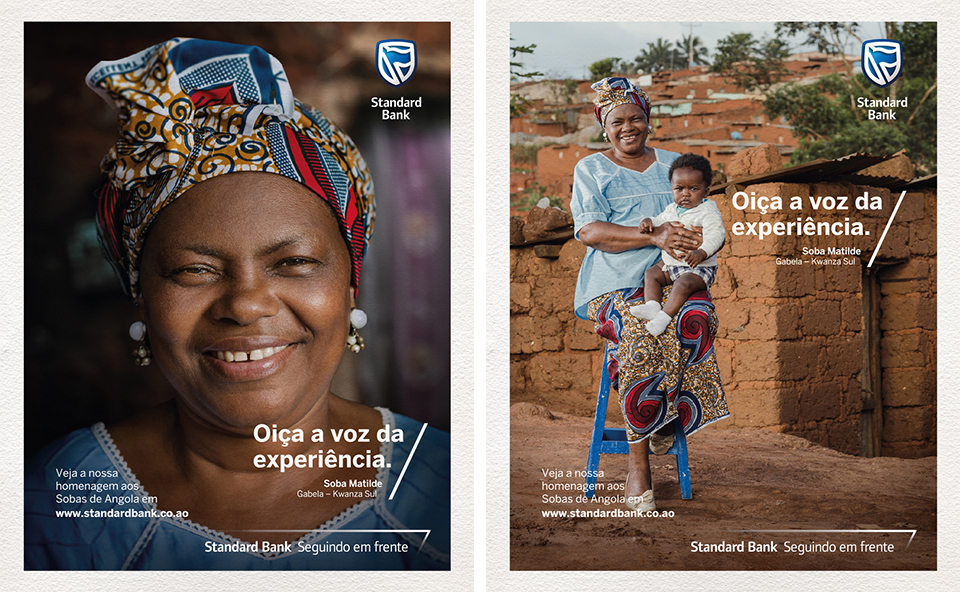 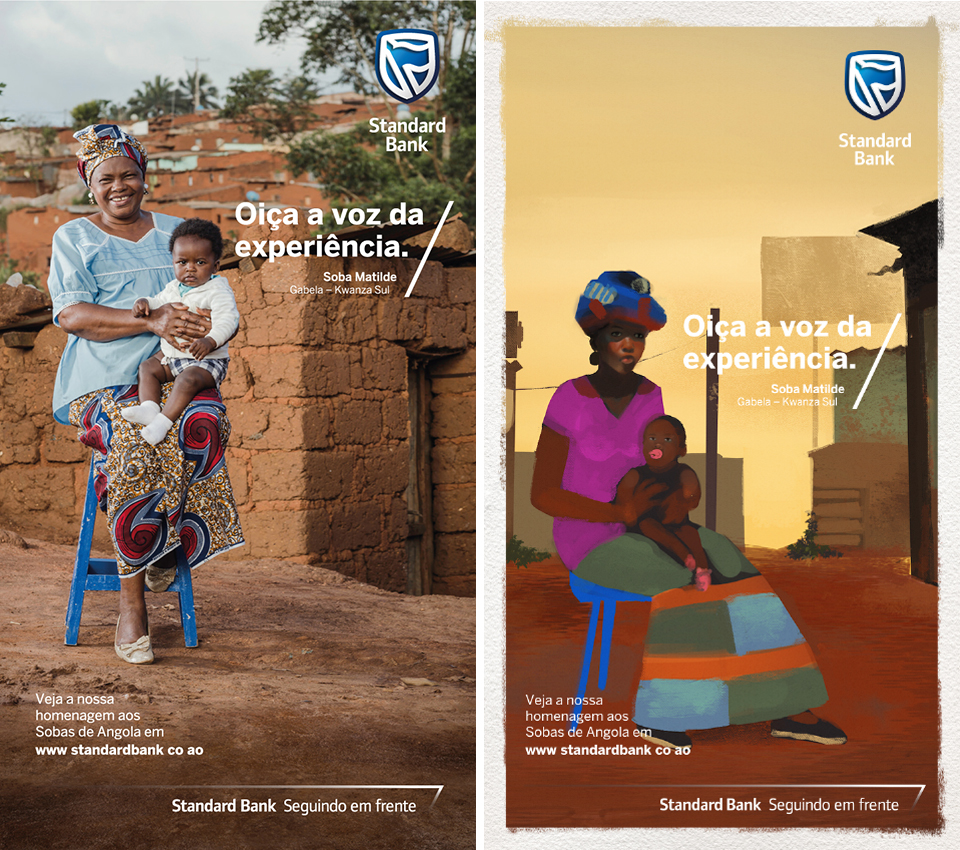