For years, Sagres was a brand present in the competitive Angolan beer market, through the import from Portugal, the country of origin. After a long phase without any communication, the time had come in 2016 to relaunch the brand, now with a new factor: the local production of Sagres in Angola, ensuring its freshness and higher quality.
In a social context of affirmation of many Angolan names in competitive international panorama, we created the concept "The World is yours". An idea about the thirst for ambition and strength of Angolan talents, represented by the musician C4Pedro, the international model Sharam Diniz and the international basketball player Carlos Morais.
This multi-media campaign was present in television, radio, outdoor, press, digital and social networks. Had leveraged a “sleeping” brand in the Angolan market, with a positive enforcement in consumer’s mind set, ensuring an high level of notoriety.
In addition, BORN was also responsible for brand's activation relaunch events, with emphasis on a music concert, an unique experience for thousands of people, in the neighborhood where the musician C4Pedro begun his career: Sambizanga. 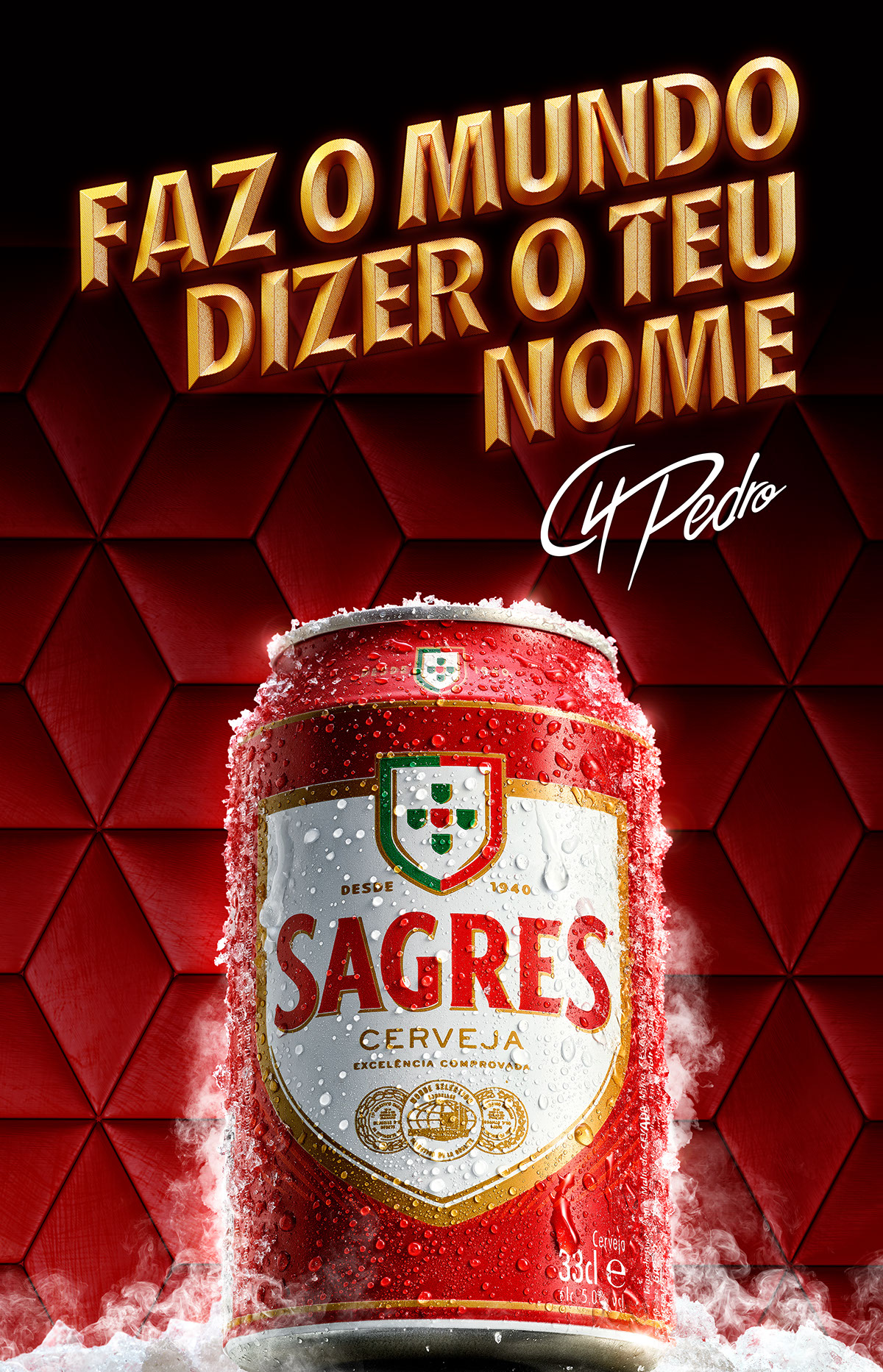 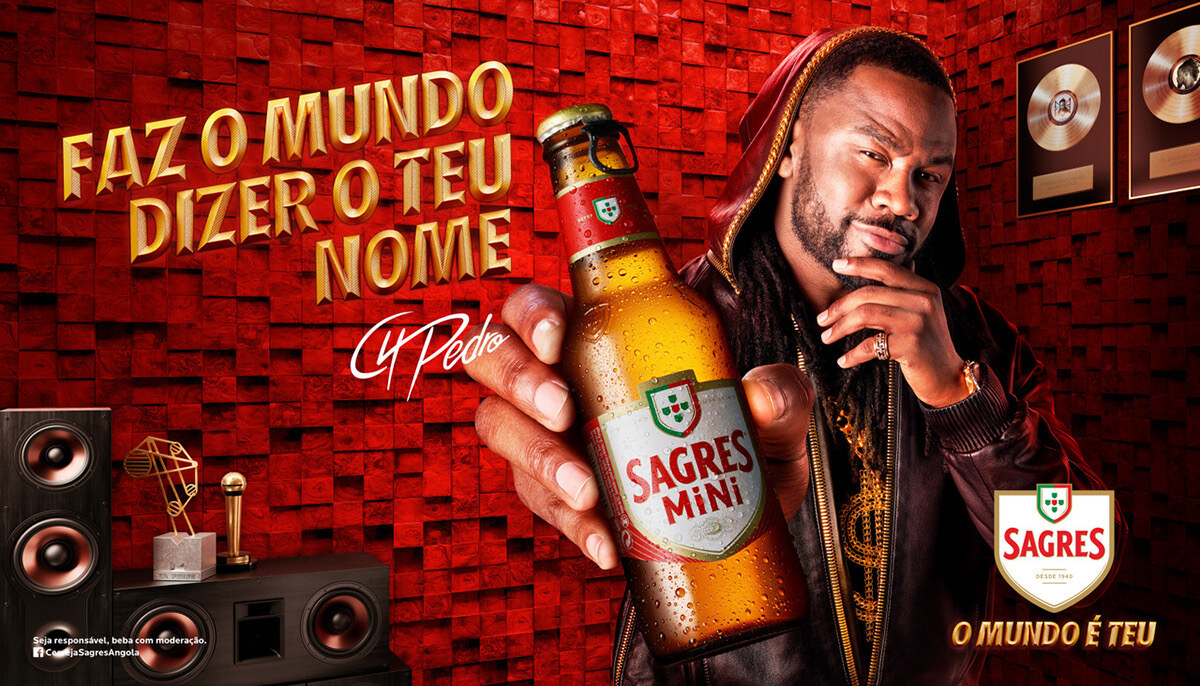 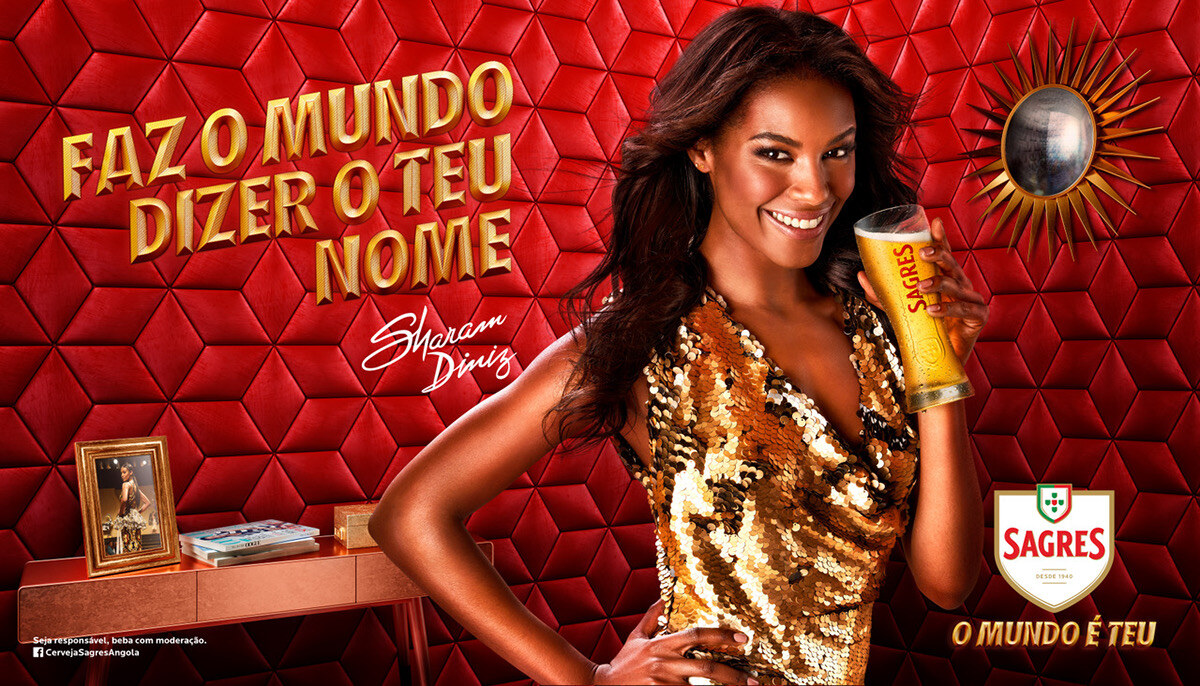 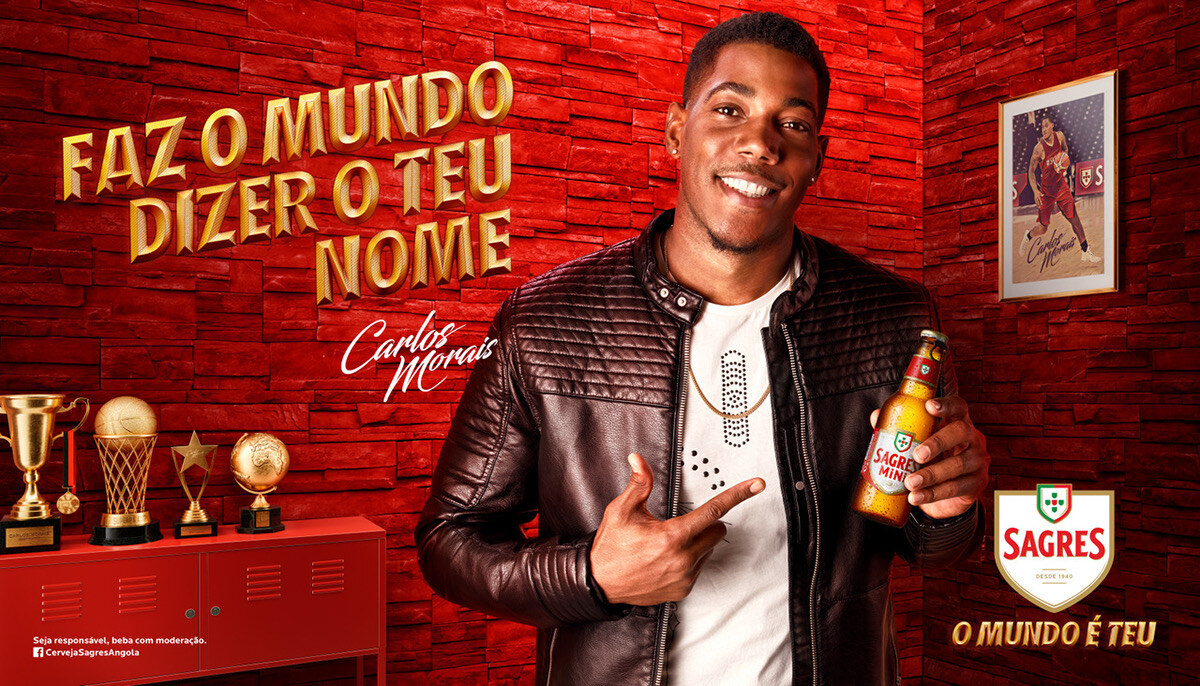 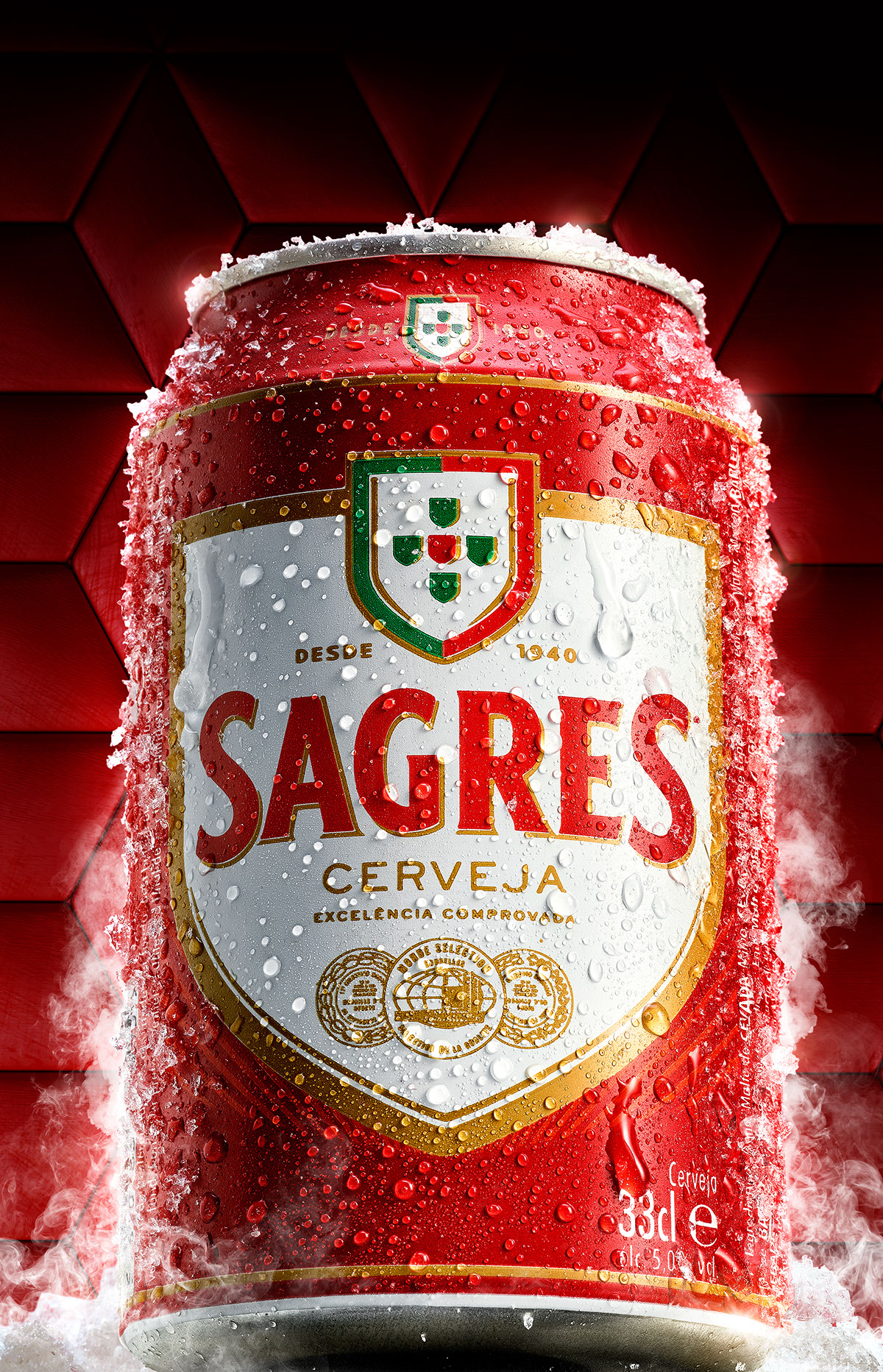 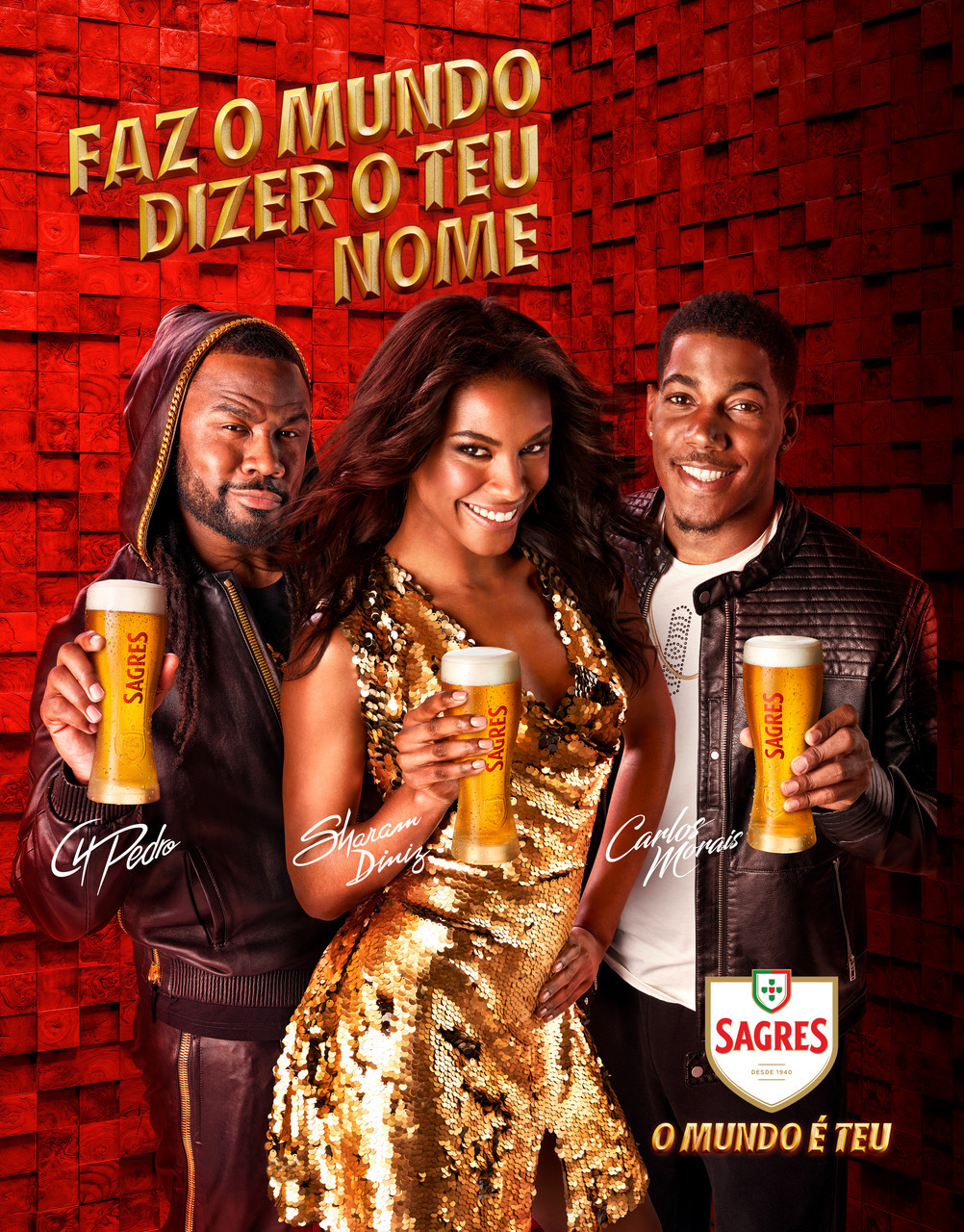