The food distribution market in Angola is highly competitive, with clients splitting between informal markets and organized retail.
Candando is a recent challenger brand, with a strong presence in Luanda. A chain of supermarkets that offers an innovative shopping experience, with a strong focus on national production.

One year after the launch, it was the time to celebrate Christmas, with the creation of brand's own figures linked to this season, ambassadors to a very important target: children.

In 2017 we created the first animation campaign of the brand, where the characters were born. With the concept "Christmas comes alive in Candando", this story focused on the night adventures of the toy mascots on the empty supermarket - Queen Doll, Captain Kaenche, Dino, Maicraft and DJ Tchila.

The campaign was a huge success, with their fun soundtrack and rhythm. The characters entered on Angolan collective imaginary, from parents to children.
The following year, we returned to the most remembered characters by consumers, creating a new them adventure around Christmas, with an Afro-futuristic set, inspired on Black Phanter universe, in the skies of a futuristic Luanda metropole.

Once again, the jingle has won the ears and hearts of Angolan children, with record levels of notoriety. Many clients of the supermarket chain even asked to create real toy versions of the characters to offer their children in Christmas. With this project, Candando reached, after a year and a half, the leadership – number 1 - of the top of mind of Angolan consumers´ brands - Publivaga, Marktest.

In the words of Candando's Marketing Department, on the book celebrating the brand's election as SuperBrand 2019:
"The strength of CANDANDO communication has been reflected in the top level of notoriety to the brand, highlighting its leadership in the ranking of Publivaga Marktest, in sutured communication period such as Christmas.” 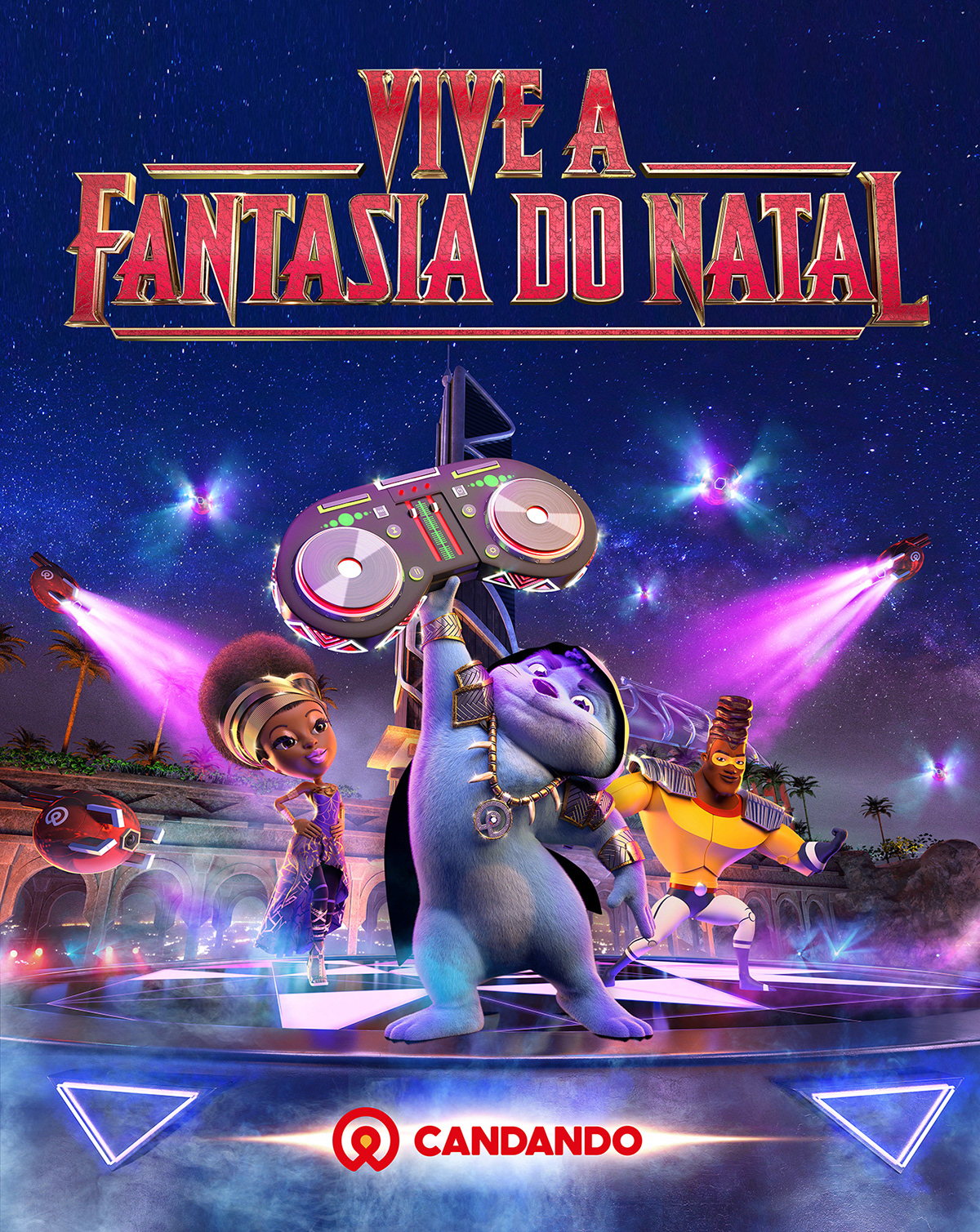 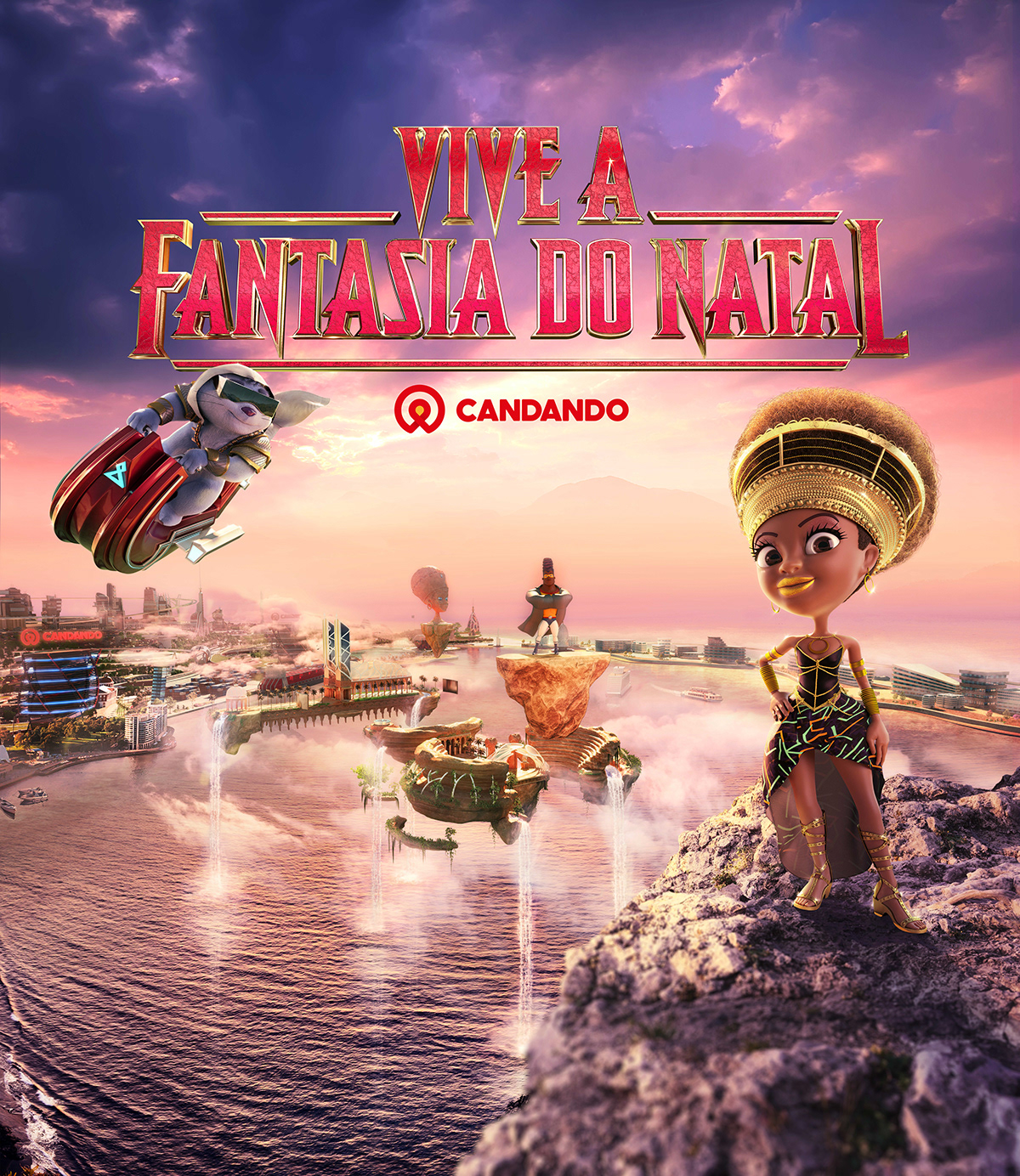 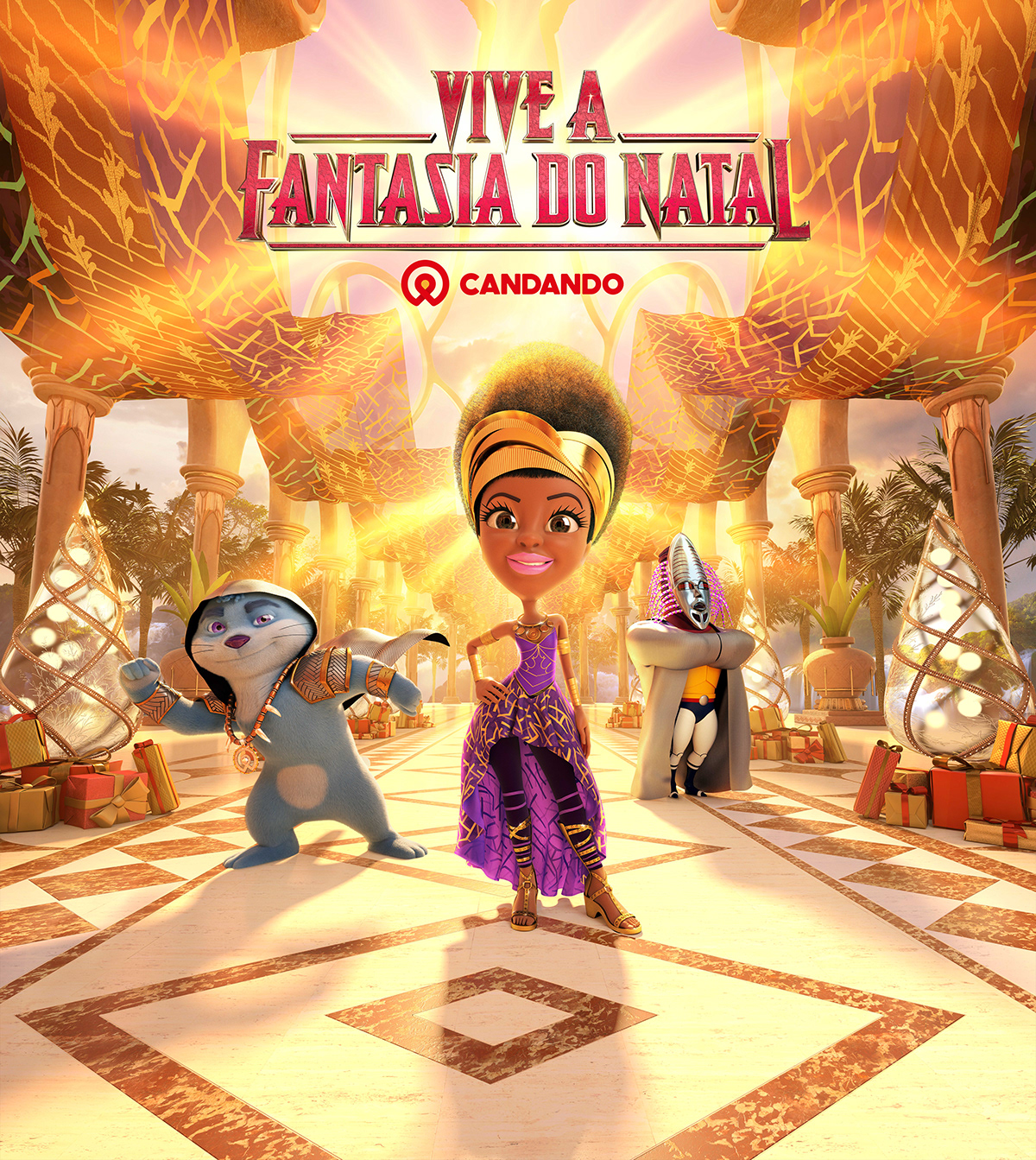